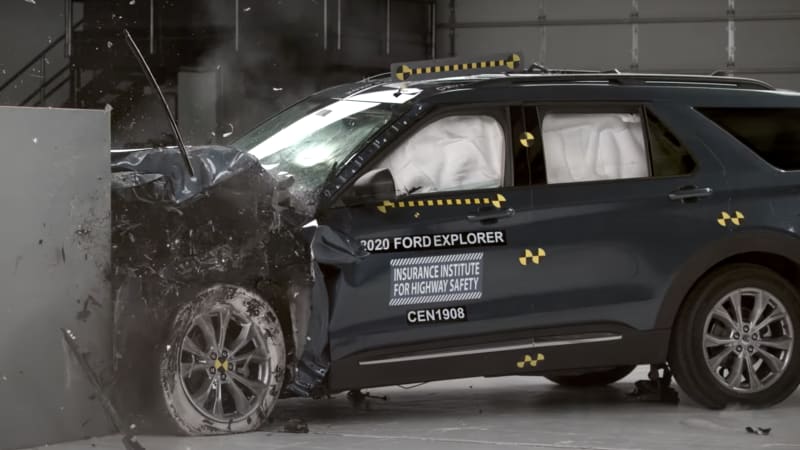 SUVs are more likely than passenger cars to injure or kill pedestrians, according to a new U.S. insurance industry study which recommended design changes to improve safety.

Sport utility vehicles “seem to be more deadly to pedestrians than cars are,” said Sam Monfort, lead author of a study released Tuesday by the Insurance Institute for Highway Safety.

In a crash with a traditional SUV, “the grille strikes the pedestrian’s pelvis or chest,” transferring more energy to the pedestrian’s body, said the study of 79 crashes in three Michigan cities which did not address vehicle handling.

“More research will be required to see whether all of the findings hold up in a larger study,” the industry-funded group said, noting the relatively small sample size.

Truck-based SUVs and car-based crossover utility vehicles (CUVs) are generally larger and heavier than passenger cars, stand taller with blunter front ends, and are increasing in number and share of total vehicles on North American roads.

In the study, SUVs caused more serious injuries than cars in impacts at speeds greater than 19 miles per hour, with a higher percentage of fatalities.

Annual U.S. production of SUVs has remained relatively constant over the past 10 years, at about 1 million, according to AutoForecast Solutions. But crossover vehicle production has tripled over the same period, to more than 6 million in 2019, AFS said.

“CUVs and SUVs sit higher” than passenger cars, and have a higher center of gravity, “which can make handling less stable than in a traditional sedan,” Sam Fiorani, AFS vice president, said by email.