The British Motor Corporation and (later on) British Leyland built the MGB sports car for nearly two full decades, and the primitive-but-sturdy B sold very well in North America. Because of the car’s popularity and simple construction, plenty of project MGBs remain in garages, driveways, and yards throughout the land, and some of these cars end up getting swept out during cleaning frenzies and towed to junkyards. Here’s one of those, a black-bumper ’77 convertible in a Denver self-service yard. 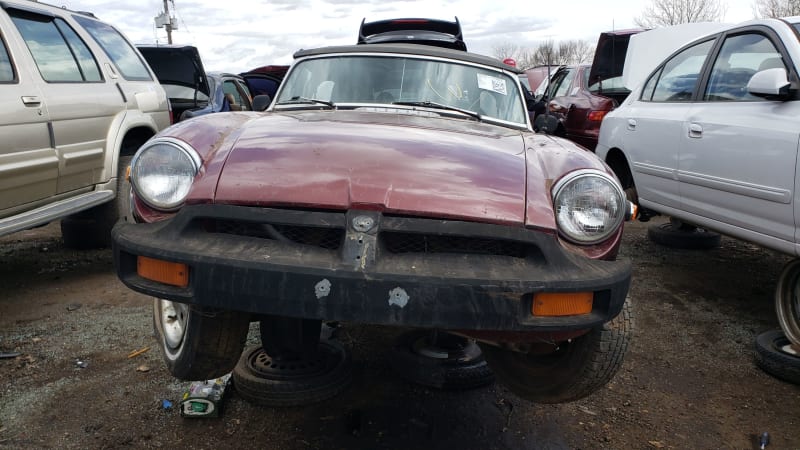 American crash-safety and headlight-height regulations led to the US-market MGB receiving massive plastic bumpers and an extra inch in ride height, starting in the 1974 model year. These “black bumper” cars are nowhere near as coveted by enthusiasts as their chrome-bumper predecessors, and the Pininfarina-designed MGB-GT hatchbacks are worth a lot more than the convertibles nowadays. I daily-drove a British Racing Green chrome-bumper MGB-GT for a few years, and so it always pains me a bit to see these cars discarded. 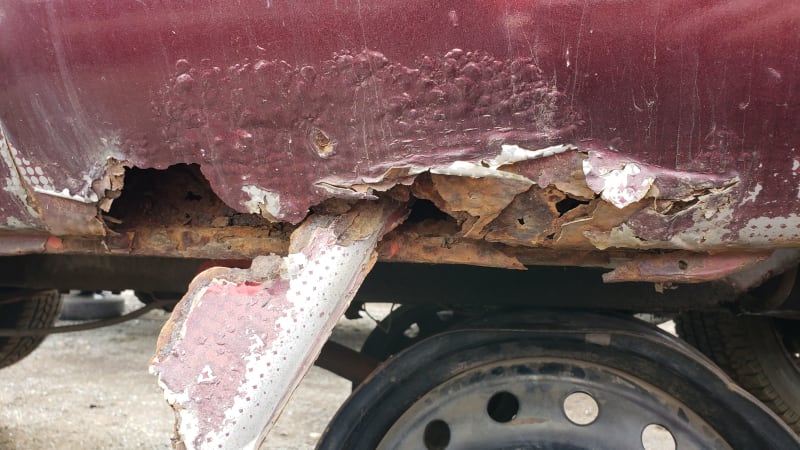 The corrosion is pretty bad on this one, though, so it had no real chance of being rescued. You can still find good deals on un-rusted black-bumper MGBs these days. 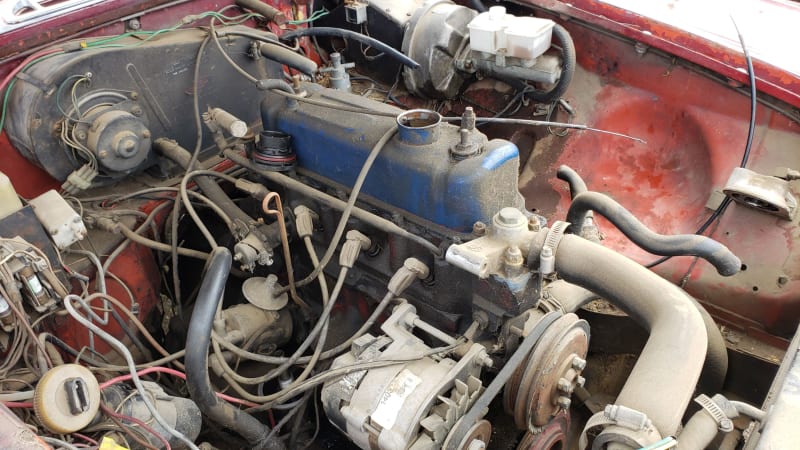 You didn’t get much power in your 1977 MGB in North America, with a mere 62.5 horsepower from this 1.8-liter pushrod straight-four. Yes, British Leyland claimed the half-horse. 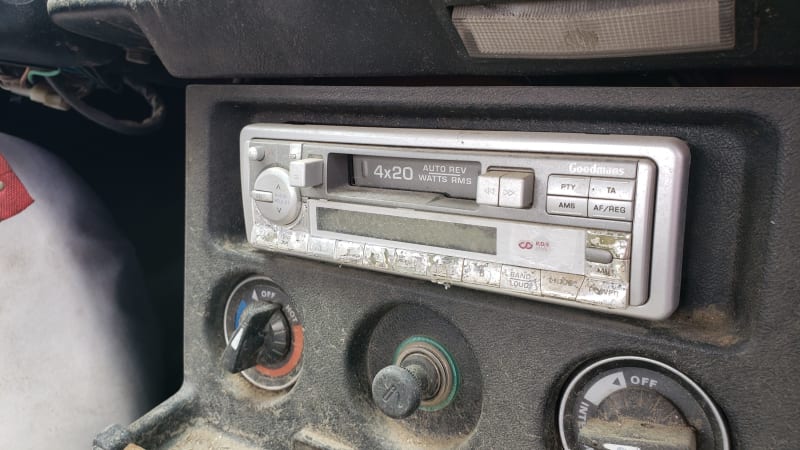 This car was on the road recently enough to get a Goodmans cassette deck that appears to be from the current century. 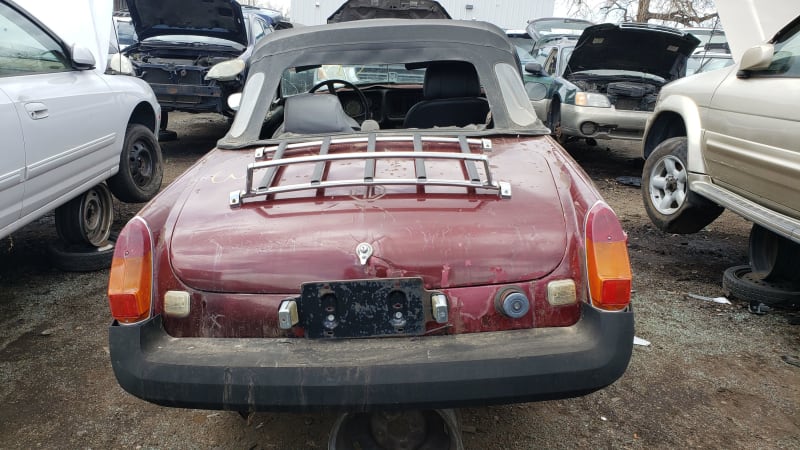 We can hope this car donates many parts to still-running MGBs before its final date with the cold steel jaws of the crusher.

British Leyland had everything in 1977!