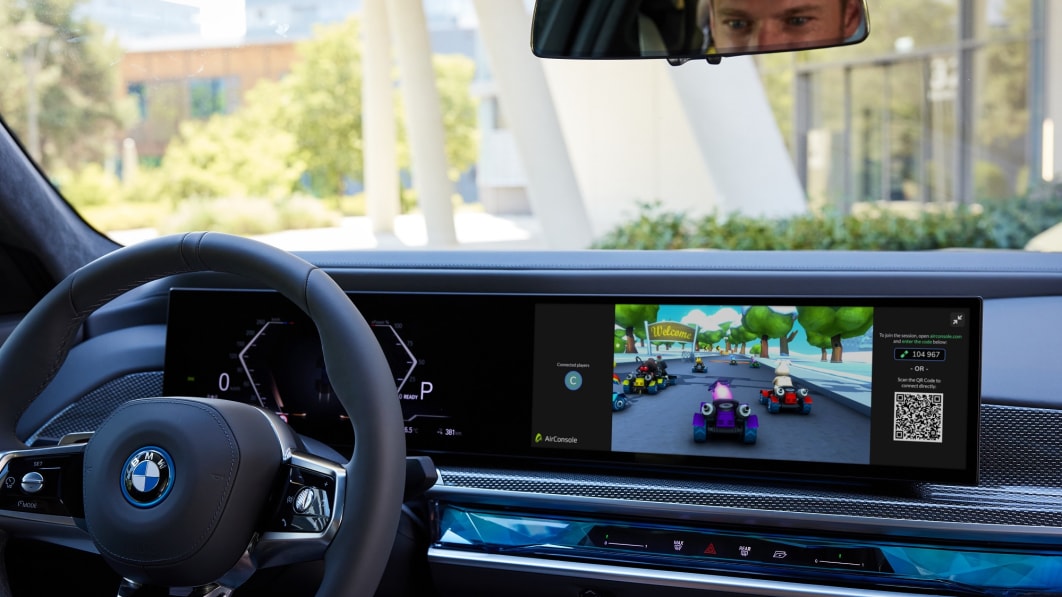 After decades of selling the ultimate driving machine, BMW is expanding its résumé by offering the ultimate gaming machine. The company announced it will offer the AirConsole in-car gaming platform developed by Switzerland-based N-Dream in some of its cars starting in 2023.

BMW explained that the AirConsole platform is a good match for the Curved Display available in models like the iX crossover. While details remain few and far between, it doesn’t sound like playing a game in your BMW will require investing in hardware modifications; the games are beamed to the car over-the-air, run through the infotainment system, and designed to be played using a smartphone as a controller.

There’s no word on which titles motorists and their passengers will be able to play in a BMW. AirConsole lists over 180 games on its website including classics like checkers, Mario Kart-like racing games, and a casino simulator called Drunk Casino. We don’t know which BMWs will be compatible with in-car gaming, but the company told Autoblog that the new 7 Series will be one of the first cars to adopt this technology.

“AirConsole gaming requires computing capabilities which are only met with a hardware update of the head unit, which is first available in the new 7 Series and will be rolled out to further models starting [in 2023],” a BMW spokesperson confirmed to Autoblog.

Looking beyond the big 7, it’s reasonable to assume that this technology will be available on BMW’s of electric cars. Nothing is official, but you’re more likely to want to spend time gaming when you’re waiting for an i3 to charge than when you’re lapping Laguna Seca in an M3.

BMW will roll out in-car gaming in 2023. Pricing information and additional details will be announced in the coming months.