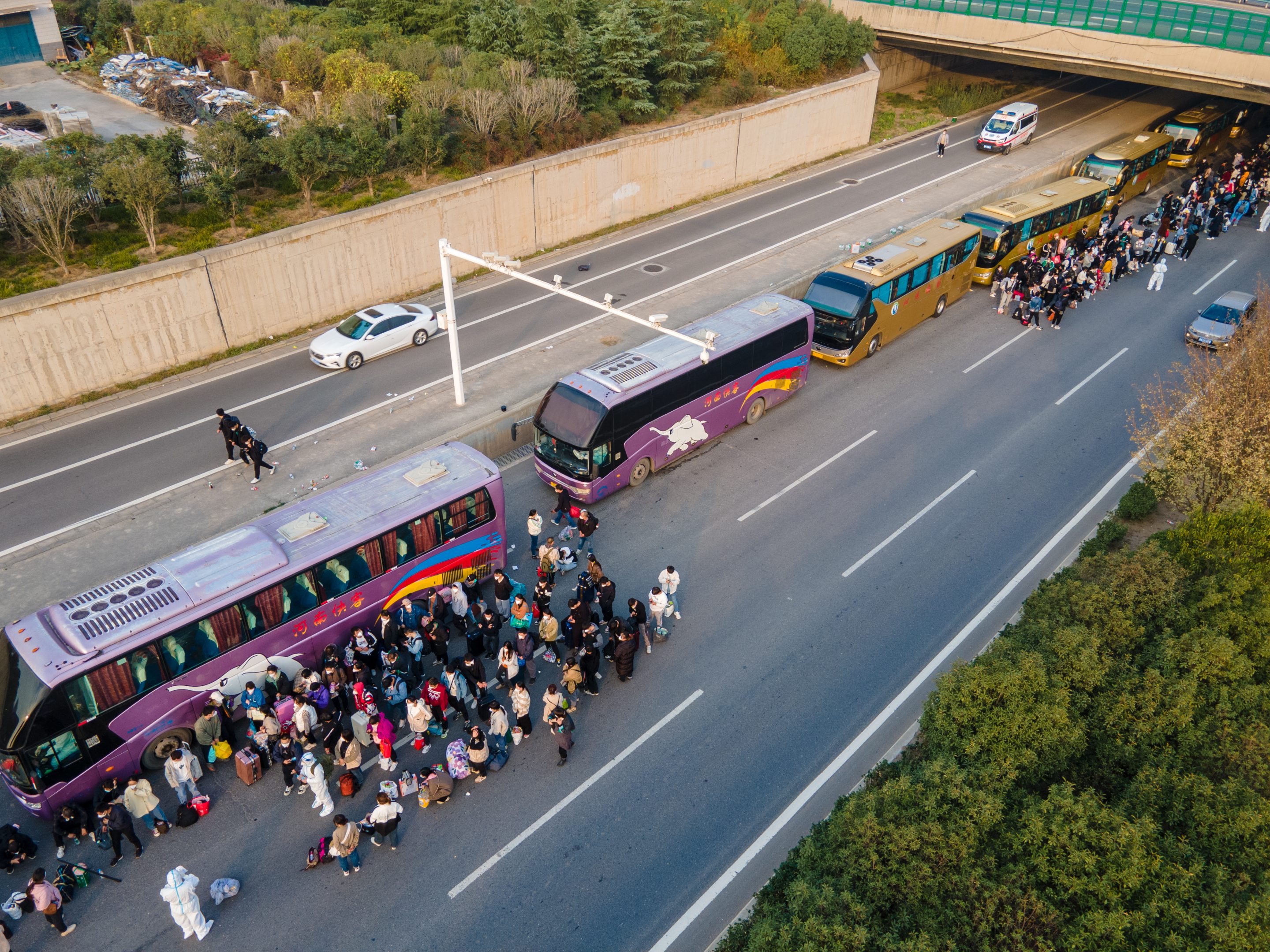 One of Apple’s key iPhone suppliers is paying workers to quit and go home as it struggles to operate amid worker unrest and COVID lockdowns.

In a staff notice, Foxconn said it would offer newly-hired employees at its plant in Zhengzhou an 8,000 yuan ($1,100) bonus to resign immediately and an additional 2,000 yuan ($300) if they boarded a bus back to their hometown, reports the South China Morning Post. The bonus is more than a month’s wages for Foxconn workers, according to Bloomberg.

“Some employees are still concerned about the coronavirus and hope to quit and return home,” Foxconn wrote in its notice, saying it “deeply understands the concerns” of its workers.

Foxconn, which is officially known as Hon Hai Precision Industry, did not immediately respond to a request for comment.

The notice came hours after reports of violent protests in Foxconn’s Zhengzhou factory, which employs as many as 300,000 people. Workers left their dormitories early on Wednesday morning, angry about unpaid wages and concerned about the spread of COVID. Workers clashed with security personnel, and anti-riot police had to restore order.

Foxconn confirmed protests took place in a statement on Wednesday and denied that COVID-positive workers were staying in its dormitories.

Zhengzhou officials announced on Wednesday that the city’s urban areas would be sent into lockdown from Friday through Nov. 29. The city—sometimes called “iPhone City” due to its key position in Apple’s supply chain—reported almost 1,000 cases on Wednesday.

Foxconn enacted COVID controls in late October, including forcing workers to eat in their dormitories, to quell a growing outbreak. Soon after Foxconn imposed these controls, videos emerged on Chinese social media of workers fleeing the factory, jumping fences and hitching rides on passing vehicles.

The worker exodus pushed Foxconn to turn to the government for help. Workers who fled Foxconn’s factory told the South China Morning Post that local village officials had called them on behalf of the company, encouraging them to return to work.

Apple warned earlier this month that iPhone production would be lower-than-expected going into the holiday season due to disruption in its factories. State media reported that Foxconn would need as many as 100,000 new workers to restore full operations.

China is battling COVID outbreaks across the country as cases rise to their highest point this year, exceeding the previous record set in April during Shanghai’s punishing two-month lockdown. The country reported 29,754 cases on Wednesday.

The widespread outbreaks are a new test of China’s “COVID-zero” policy, which uses mass testing and lockdowns to completely suppress outbreaks. These tough measures are blamed for dragging down China’s economy, with both retail sales and factory activity falling over the past month. Nomura economists estimate that areas responsible for one-fifth of China’s GDP are now under some form of lockdown.

Our new weekly Impact Report newsletter will examine how ESG news and trends are shaping the roles and responsibilities of today’s executives—and how they can best navigate those challenges. Subscribe here.