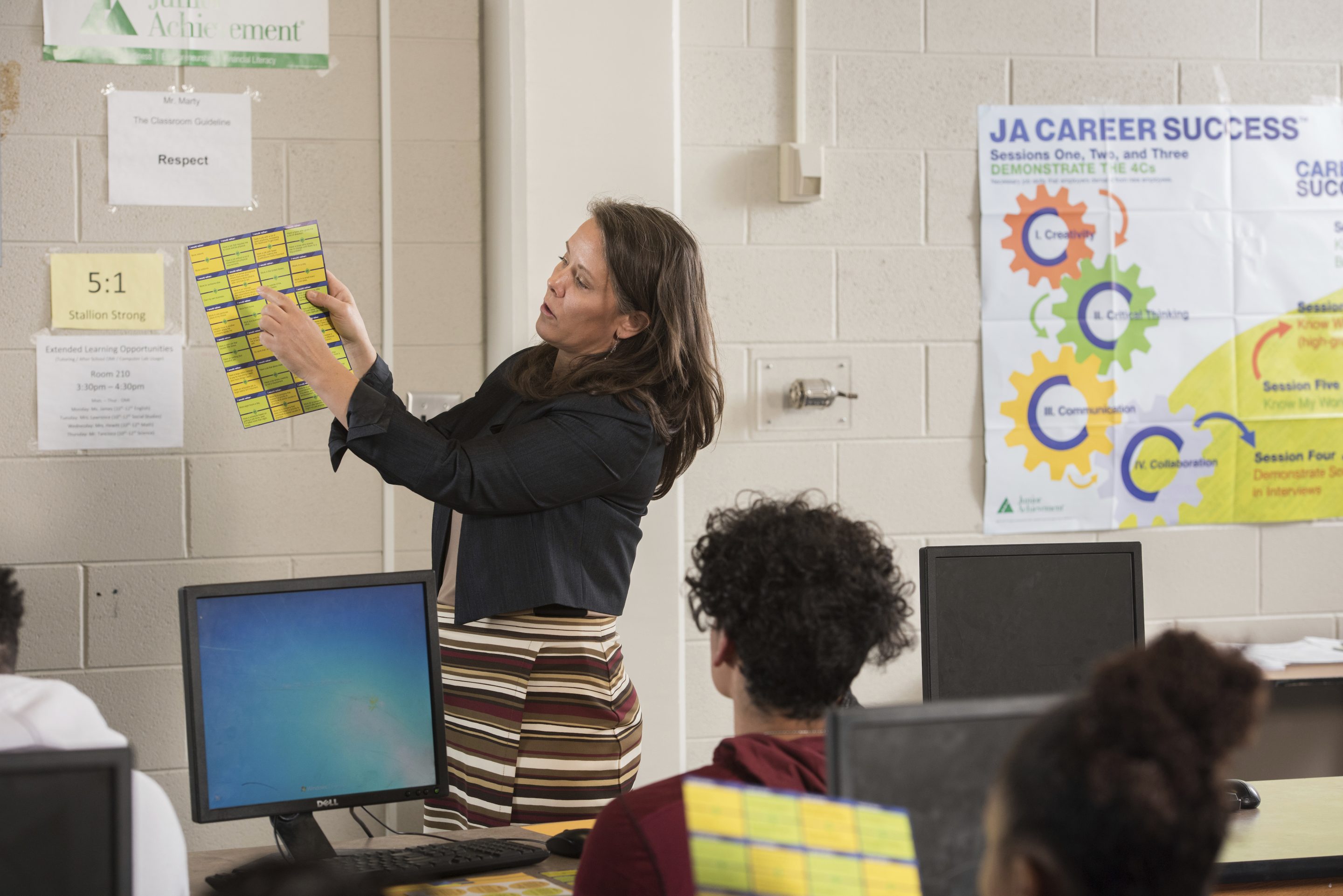 Like all of Scott’s nearly $12 billion in donations since 2019, her gift to Junior Achievement USA is unrestricted, meaning the Colorado-based nonprofit, which prepares students for adulthood by teaching them financial literacy, career skills and business ownership training, can use the funds for any project it wants.

It is not clear whether the gift to Junior Achievement marks a new run of donations from Scott and her husband, Dan Jewett. The author and philanthropist does not comment on her donations beyond her Medium blog, which has not been updated since March. Her gifts are only announced if and when the groups receiving them confirm the donations.

Kosakowski said he is thrilled by Scott’s unrestricted gift because it can be used to modernize the group’s technology infrastructure, a need that is rarely high on most donors’ priority lists. The $10 million will also help expand the nonprofit’s digital educational offerings and add volunteers in currently underserved areas.

“We support all 102 of our local offices across the country, so this is going to really help us streamline our operations,” Kosakowski told The Associated Press. “Ultimately, as we get more efficient, it’s gonna allow us to use more of our traditional donor dollars for directly serving the young people that we work with.”

Scott, currently worth about $42 billion according to Forbes, has signed the Giving Pledge, a promise from many billionaires to donate more than half their wealth. As part of her 2019 divorce from Amazon founder Jeff Bezos, who was then the richest person in the world, Scott received 4% of Amazon’s shares.

Since then, she has worked diligently to make unrestricted donations quickly. Initially, Scott focused on funding that would generate more racial and gender equity, with substantial donations to numerous HBCUs and groups like the Planned Parenthood Federation of America, which received $275 million from her in March.

However, in recent donations, Scott has also singled out long-established nonprofits with a focus on their communities–including Habitat for Humanity and The Boys & Girls Clubs of America. “Communities with a habit of removing obstacles for different subsets of people tend to get better for everyone,” she wrote in her March blog post.

And now, she is supporting Junior Achievement, which educates more than 12.5 million students in 115 countries around the world.

“It’s given our board, given our staff, just a huge boost in confidence,” Kosakowski said. “People are seeing and acknowledging what we do to get these young people prepared to be successful in life.”