Home
/
BUSINESS
/
White House: student-debt relief will cost about $24 billion per year, $240 billion for a decade 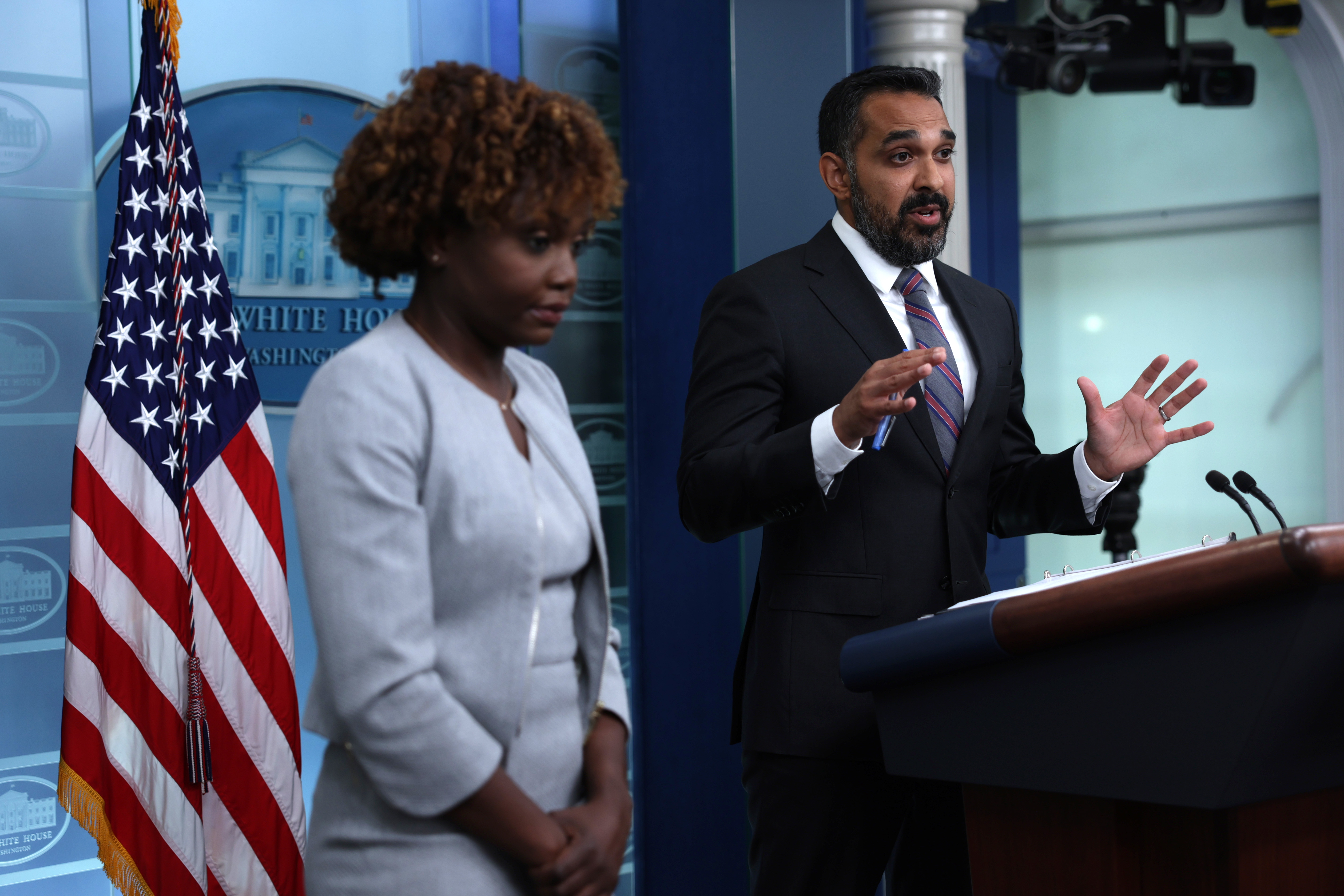 President Joe Biden’s plan to provide relief for student loan borrowers will cost about $24 billion per year, the White House now says, a figure markedly lower than other private estimates.

White House press secretary Karine Jean-Pierre offered up the new figure on CNN Thursday night, after facing repeated questions about the cost of the plan in briefings.

The administration is calculating the cost based on revenue it will no longer collect on loans canceled under the program. Its calculation assumes that only 75% of eligible applicants will apply for the program, and considers other factors — like students who might default and stop paying their loans.

Over a 10-year period, that would mean Biden’s forgiveness program costs the government $240 billion in lost revenue. Administration officials have said the figure would likely be blunted by tax revenue on other economic activity — like home purchases — that Americans freed from paying debt would pursue.

Bharat Ramamurti, the deputy director of the National Economic Council, said Friday at a briefing that White House officials “consider it fully paid for” because the federal government’s annual budget deficit has declined under Biden.

A new analysis from the Penn Wharton Budget Model, released Friday, estimates the debt cancellation alone will cost as much as $519 billion, with loan forbearance costing $16 billion and a new income-based repayment plan $70 billion. That would bring the total cost of the program to roughly $605 billion.

The Committee for a Responsible Federal Budget, a nonprofit that analyzes federal fiscal policy, estimates Biden’s student debt cancellation plan will cost anywhere from $440 billion to $600 billion over the next 10 years, accounting for all of the provisions.

Biden’s sweeping plan for student-debt relief will forgive as much as $20,000 in loans for some recipients and allow borrowers with undergraduate loans to cap repayments at 5% of their monthly income. The $20,000 debt-forgiveness figure applies to those who receive Pell grants, with a $10,000 limit for most student-loan holders. Relief is limited to people who earned less than $125,000 in 2020 or 2021, or $250,000 for households.

Ramamurti said that the program “is going to be a one-time thing” that is “conditioned on an emergency,” the pandemic. Many liberals have pressured Biden to forgive much higher levels of student debt, such as $50,000 per borrower.